Mattel released a series of action figures based on the animated series The Batman, which ran a total of 65 episodes from 2004 to 2008.  Among them was this ShadowTek Superman figure that was oddly named a “Superman and Clark Kent” figure.  I say “oddly” because the figure is just of Superman and does not transform in any way to Clark Kent.  The figure itself is nicely designed and fairly accurate to the animation style.  Among the other figures available in the line were Batman, Sub-Wave Batman, Card Attack The Joker, Martian Manhunter, The Flash, and Final Assault Batman.

In the series, Superman was voiced by George Newbern who had already been established as a voice of the character from the Justice League (2001 – 2004) and Justice League Unlimited (2004 – 2006) animated series. 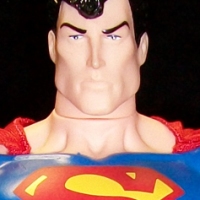 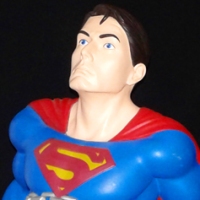 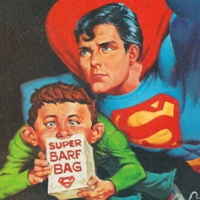 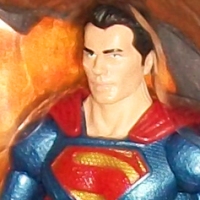